Do you live in a Suggett house?

Using the profits from his patent for the driven well, James Suggett added to his income by land purchases and bonds. In 1865, he purchased land from James A. Calvert in the west end of Cortland along Adams Street (now Homer Avenue) Over the next two years, he purchased the adjoining lands of Allen B. Smith. Between 1865 and 1875, he purchased $35,000 worth of land on Cortland’s growing west side and, by the time of his death in 1890, he had developed and sold only a small part of this for over $50,000. In addition to land, he bought mortgages for interest income, rented property, bought the property at foreclosure sales, and refinanced land contracts. In 1868, he began subdividing his land on North Adams Street and developing house lots of 1/2 acre or smaller. New streets were established and the extension of Madison Street became known as Suggett Avenue. Beginning in 1869 he built houses on these lots. The price of the houses and lots ranged from $300 to $1,200 according to lot size and type of house. After his death, the family continued in the real estate business. 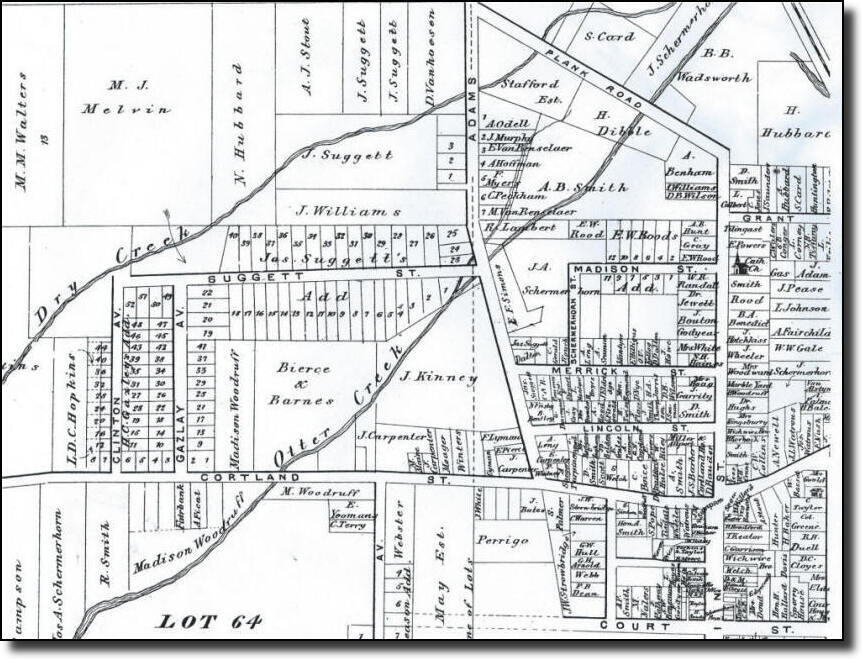