Chronology of events from December 1988-January 1991 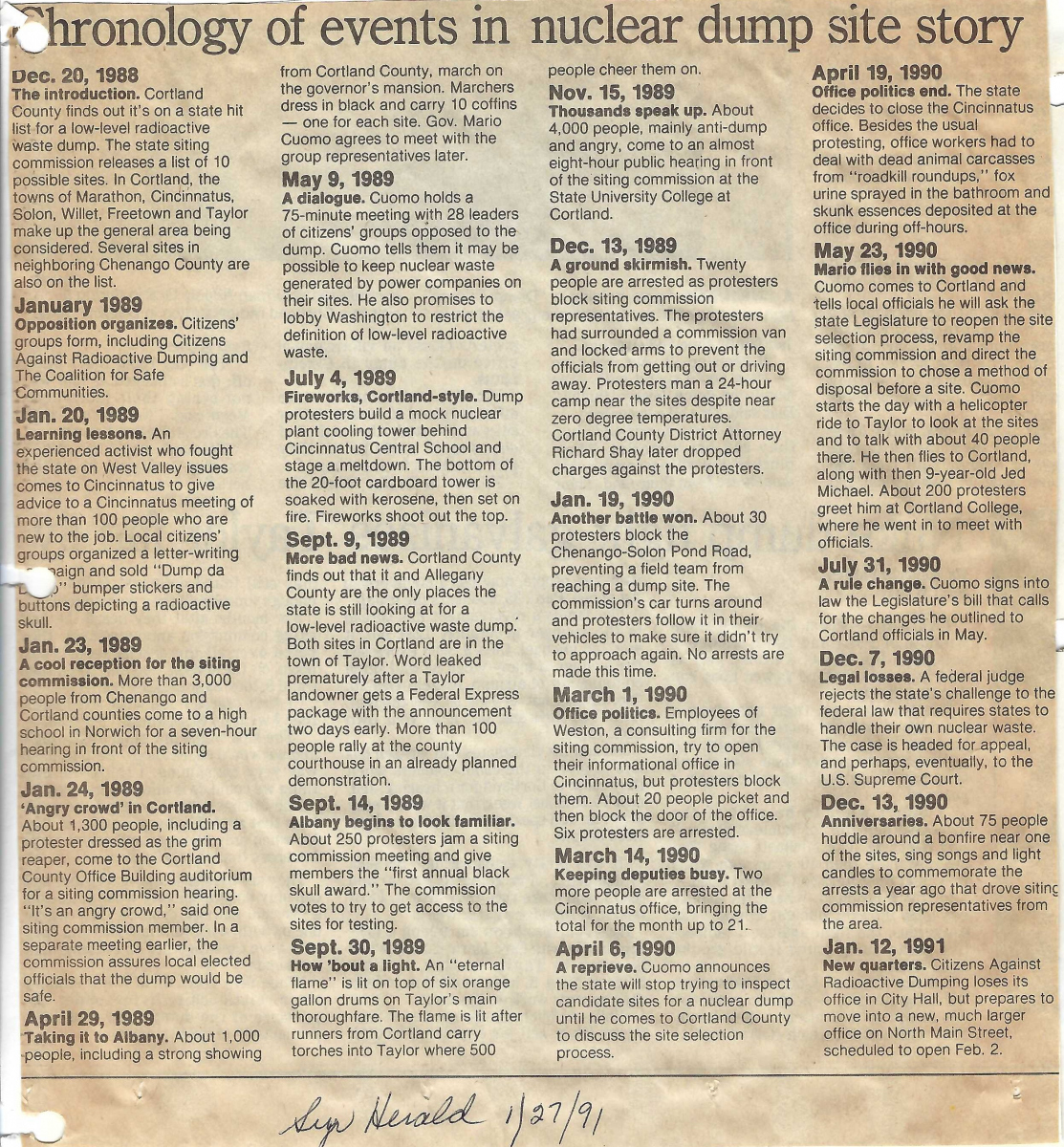 The fight continued on, reaching a climax when the Supreme Court struck down the 1985 amendment to the 1980 law, targeting the provision that made states assume ownership of their nuclear waste by January 1, 1996 if they didn't have another means of disposal by that point. In May of 1993, the five proposed sites including the two in Taylor were finally set aside. And in June 1995 the Siting Commission was defunded, marking a final end to the fight.

We are located in the historic Suggett House at 25 Homer Avenue, at the corner of Homer and Maple Avenues in Cortland, NY.

Please email your research request to info@cortlandhistory.org or call us at (607)756-6071.