Orange "Don't Waste NY" poster with the image of a skull 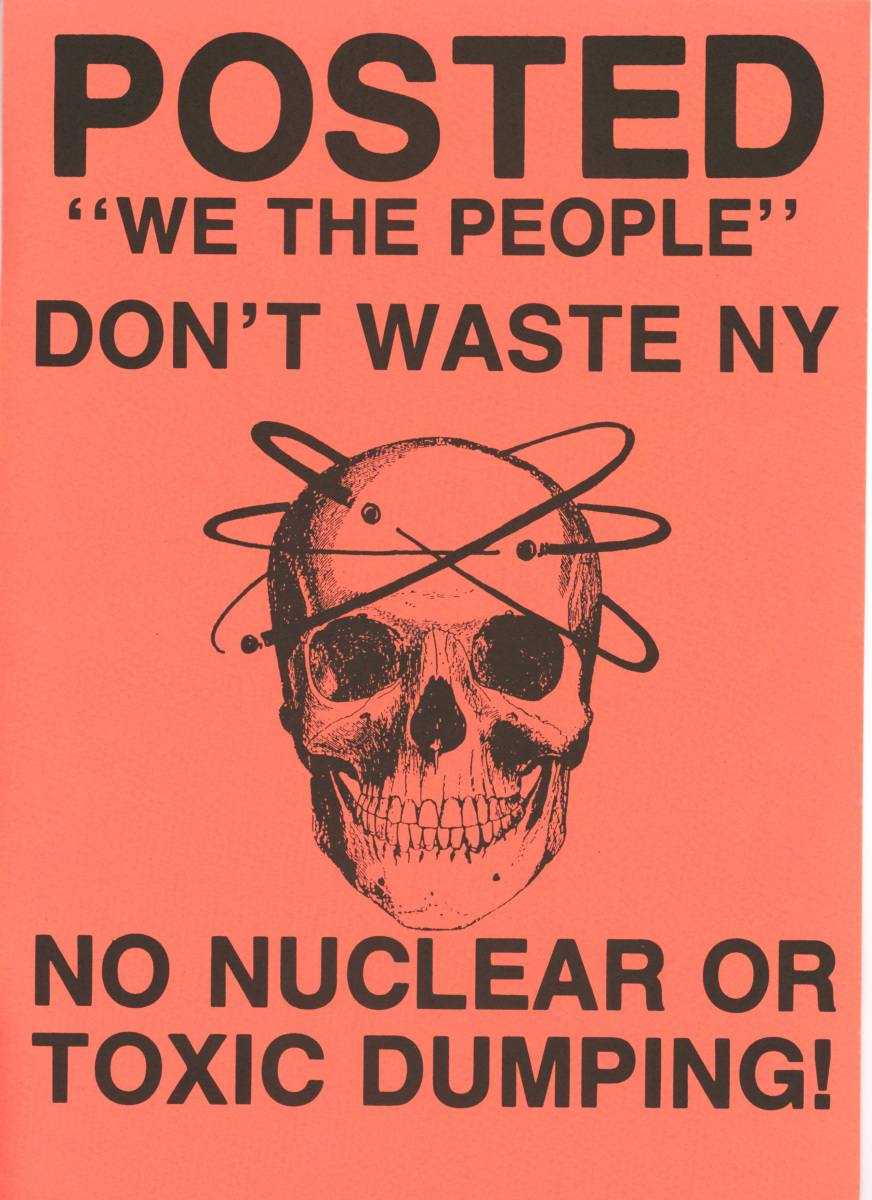 These posters were seen all around the county, placed in windows, arranged to form anti-dump slogans on building exteriors, and held by protestors.