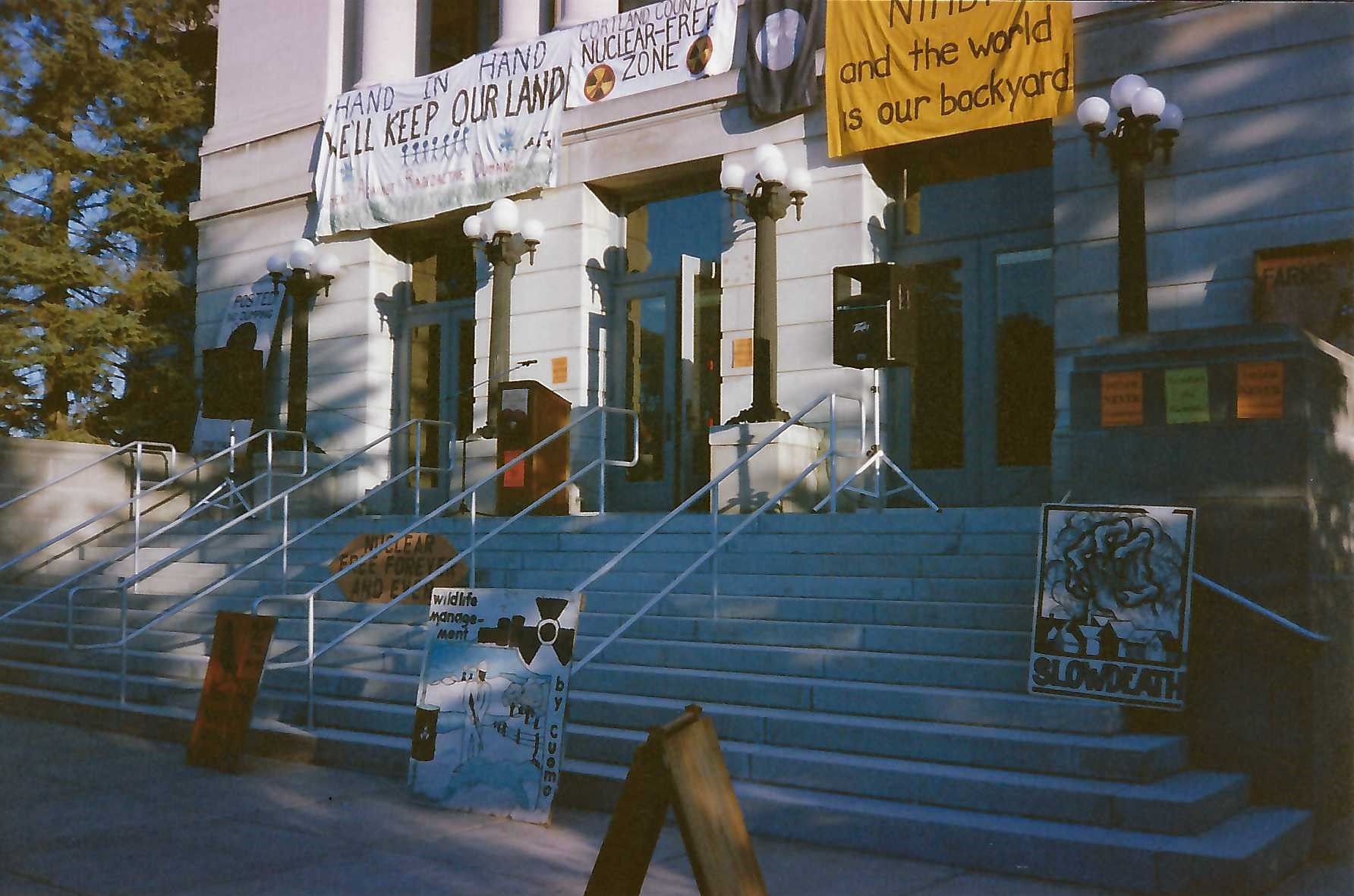 A taste of some of the signs, posters, and slogans used in the fight against a radioactive waste dump site in Cortland County

We are located in the historic Suggett House at 25 Homer Avenue, at the corner of Homer and Maple Avenues in Cortland, NY.

Please email your research request to info@cortlandhistory.org or call us at (607)756-6071.