By: Tabitha Scoville
In: Places
Tagged: streets
A.k.a. Homer Avenue, this street started out as Adams Street. It was named after Major John J. Adams

because he owned land along the street. Eventually, the street was renamed Homer Avenue because it leads to Homer. Our maps of 1855, 1876, and 1888 all show it as Adams Street so I’m not sure when the name change occurred.
John J. Adams was born on July 12, 1789, in Northumberland, Saratoga County. A family group sheet in the Adams family file lists his parents as Oliver Adams and Catharine Hackely. The Adams family moved to Cortland County around 1804 and settled in Preble. Preble town records list John J. Adams as an overseer of highways in 1812 and a commissioner of common schools in 1821, 1822, and 1825. By 1830, he was living in Cortland with a small family.
There were four mentions of John J. Adams in the “History of Cortland” by H.P. Smith. Here we learn that Adams was a member of the New York State militia. The obituary for Adams tells us that he received his commission as Major of the 58th Regiment of Infantry on March 27, 1819, and it was signed by Governor DeWitt Clinton. The Adams family cherished this certificate (I wonder where it went???). Major Adams was a Whig who became a Republican, and he was proud of the fact that he cast his first vote in 1810 and had missed only one election in his lifetime (and that was due to sickness). His last vote was cast in 1880 for James A. Garfield.
Major Adams was married twice, first to Minerva who died in 1828, and then to Sarah Woolston. Sarah predeceased John in 1878 and he remained a widower until his death in 1881. He lived with his two unmarried daughters, Minerva and Cornelia. He also had a son named Samuel who relocated to Des Moines, Iowa. The 1830 census showed two boys under five years of age in the household, so there might have been another son who died young. I was unable to find obituaries for Cornelia or Samuel, but there 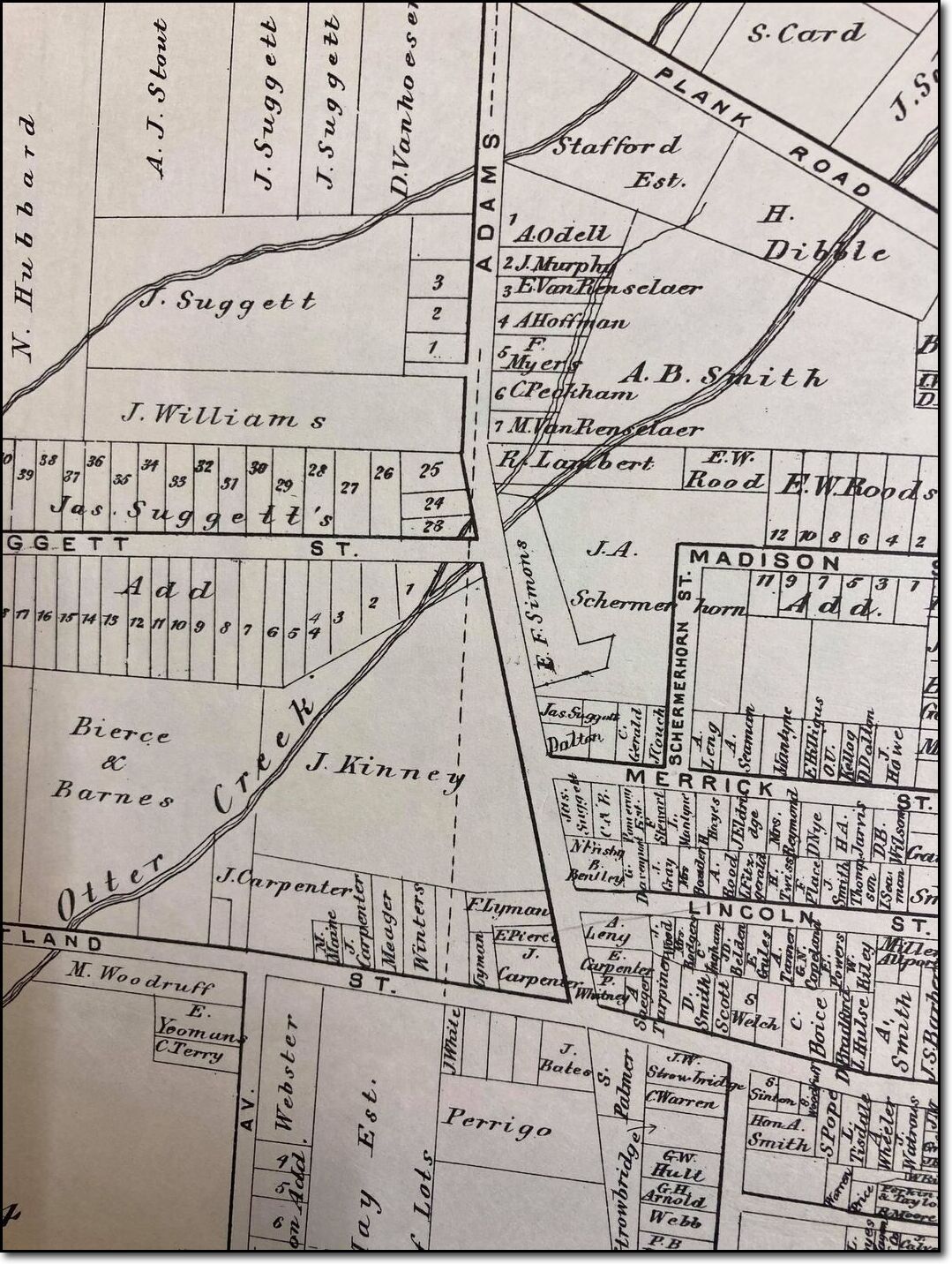 was one for S. Minerva Adams. She died at their home at 36 North Church Street and had been a member of the Ladies Literary Club and the Twentieth Century Club.
Major John J. Adams was remembered in his obituary as “active in his benevolences and many an older person can bear grateful testimony to his kindness and generosity.” He is buried at Cortland Rural Cemetery.
So few resources to give us a glimpse of the life of Major John J. Adams, but enough to let us know that he was here. What information will you leave behind to tell your story? ~Tabitha
2021-05-25
Previous Post: Little York Lake Through the Years
Next Post: Streets of Cortland – Merrick Street (Maple Avenue)