Rhoda Beebe, her husband Joseph, and her brother Amos Todd left New Haven, CT in 1789 and settled in Windsor, NY. They left Windsor in 1791 and became the first white settlers in what is now known as Cortland County. Until then the area was a fertile hunting ground for the surrounding Haudenosaunee confederacy.

One can only imagine the difficulties Rhoda faced with such a daunting move. After traveling the Tioughnioga River to an area now marked with a large stone in Homer, NY, they built a primitive structure of poles with a blanket for a door.

In the winter of 1792, the men traveled to Binghamton for supplies. The snowy weather prevented them from returning for 6 weeks. Rhoda was on her own with her young daughter, Clara. When her food ran out, having been reduced to eating roots and the bark of trees, she set out to try and locate the men. Fortunately, she met them soon after as they returned.

In the summer of 1792, the settlers were clearing land and building their farms on “Lot 42” (Military Tract) in what is now Homer, NY. 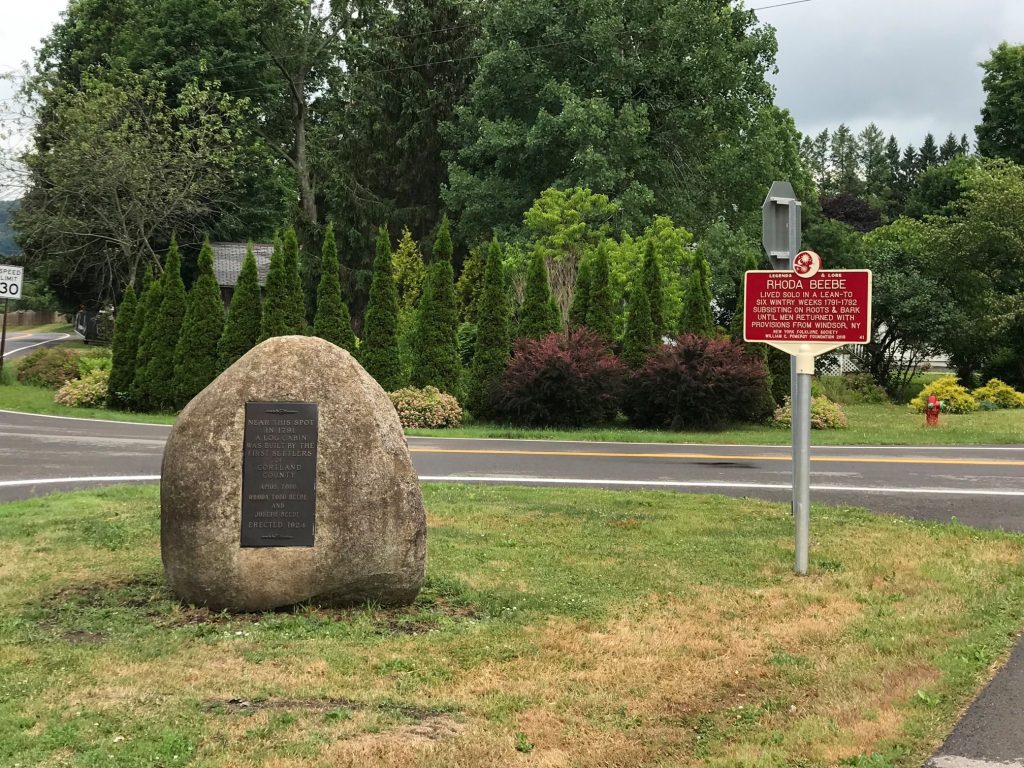