By: Sophie Clough
In: Buildings, Business and industry, Places 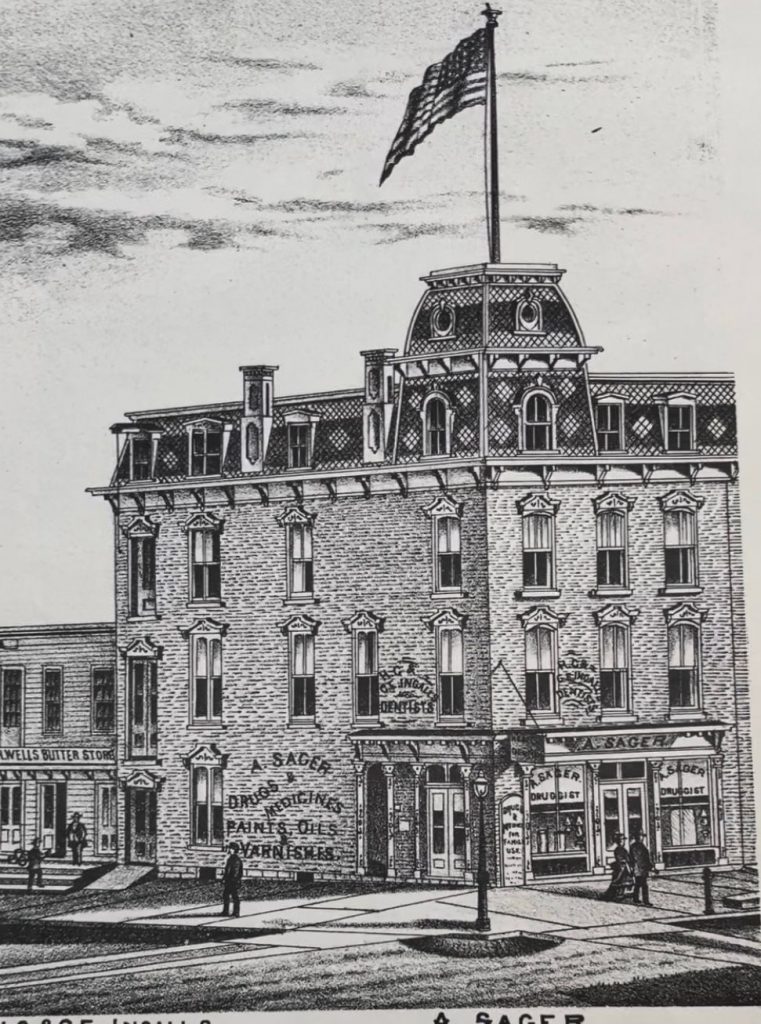 The first structure at 1 Main Street for which we have decent documentation is the Bernard Block, which according to the 1863 map included a boot and shoe shop, a milliner’s shop, and a dry goods and grocery store. D. Morris Kurtz briefly describes the building in his book “Past and Present: A Historical and Descriptive Sketch of Cortland, NY” (1883) as being three stories high in front with a sloping roof and only two stories in the rear. It was apparently one of the most prominent buildings in the village at the time, although rather stunted when compared to the building that replaced it. Aaron Sager had previously conducted a drug store business on the corner of Court and Main Streets, but after serving in the 76th regiment during the Civil War began a new enterprise in the Bernard Block. In 1872, having purchased the property, Mr. Sager and Mr. Dexter (of the neighboring Dexter House) rebuilt the entire corner making it a uniform three-story building. Sager had several partnerships over the years, and formed his co-partnership with Emmett Jennings (1850-1911) in 1876 as A.Sager & Co., changing the name to Sager & Jennings in 1881. Aaron Sager died in 1899 and was succeeded by his son Albert F. Sager as partner to Mr. Jennings. By 1914, Mr. Jennings had also passed away and the partnership was taken up by J. Arthur Hammond (1880-1952) to form Sager & Hammond. It’s at this time that the business is described as carrying everything from surgeons’ supplies, paints and oils, photo supplies, confectionary, cigars, and more! There was even an elaborate soda fountain where “only the best and purest drinks and fancy dishes are dispensed,” (Cortland Industrial and Commercial Review, 1914). Albert died in 1925, although the business appears to have carried the Sager name until 1930 when Mr. Hammond changed it to J.A. Hammond Drug Store.
Another long-term business in the building around the same time was located on the second floor and was that of multi-generational dentists that included Hiram Ingalls (1820-1889), his son Cassius (1846-1922) and grandson Lloyd (1872-1947).
In 1940, Dr. John Wattenberg purchased the Hammond-Ingalls block and replaced it with a more modern structure that still survives today. Originally, the second story was visible but covered by a false front in 1975. Over the years it continued housing drug stores under various names, and by 1970 contained the Dime Savings & Loan Association. 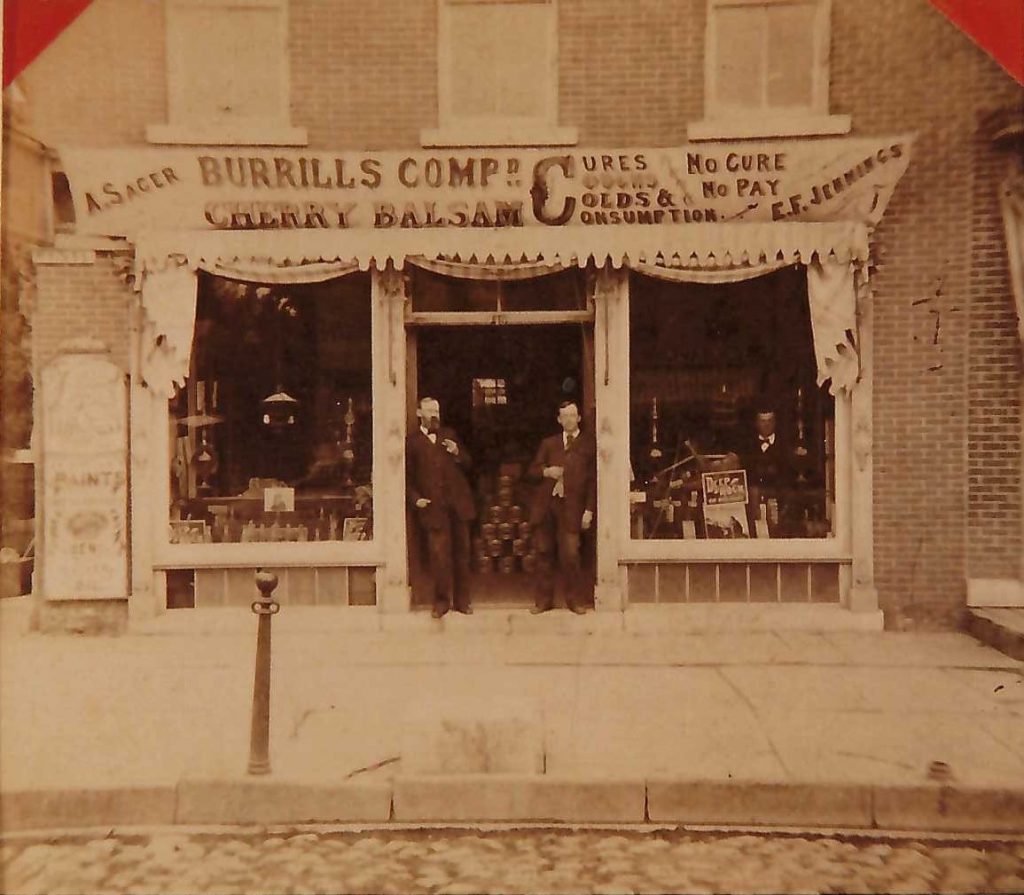