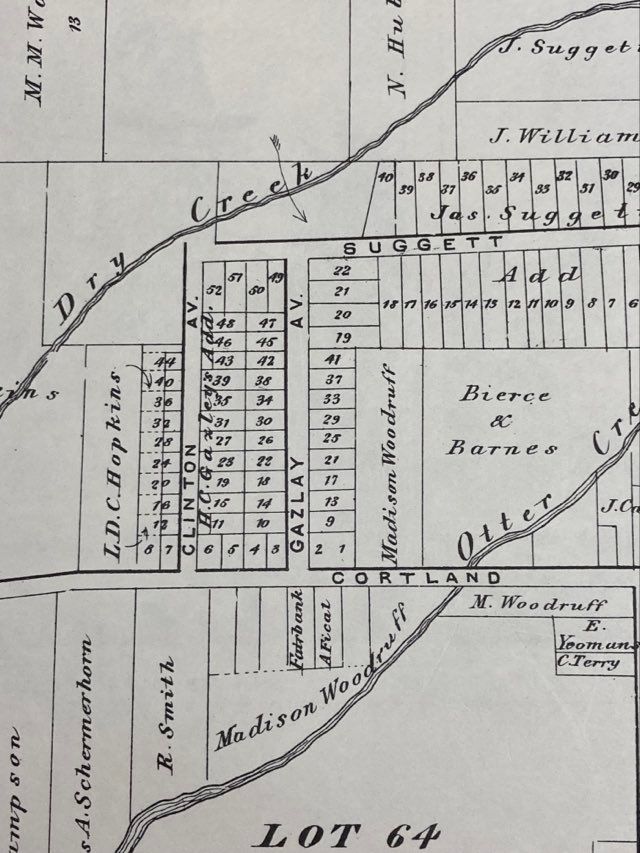 On the 1888 map of Cortland that hangs in the hallway at CCHS, I noticed L.D.C. Hopkins and Son greenhouse and residence on the corner of Floral and Groton Avenues. In addition to that corner lot, there is a second larger lot that is also labeled L.D.C. Hopkins and Son a little further up Groton Avenue. I had recently re-read my post about Gazlay/Hamlin and been reminded that Floral had been called Clinton Avenue at one time. Could it be possible that the name change was due to a nursery on the corner?
L.D.C. Hopkins was LeRay DeChaumont Hopkins, his father was Hiram Hopkins, and his grandfather was Moses Hopkins, one of the first white settlers to come to Cortland. Technically it was Onondaga County when Moses came here in 1794, and the area he settled in was actually Homer. Cortland County originally had six towns, and Cortland was part of the original town of Homer. (Research tip: When you are doing genealogy, maps and deeds are important resources to use because you might think that your ancestor had moved because the name of the location changed, however, if you consult a map, you may find that bigger areas were subdivided into smaller towns, and your ancestor never moved at all.)
LeRay DeChaumont (L.D.C.) and son LeRay Nottingham (L.N.) were L.D.C. Hopkins and Son, though there was another son named Harry who would become a florist in Binghamton. According to city directories, L.D.C. lived at 152 Groton Avenue, L.N. lived at 146 Groton Avenue, and L.D.C.’s twin sisters Catherine and Margaret lived at the family homestead at 172 Groton Avenue which was built by Grandfather Moses. Earlier directories list the house numbers differently which makes me think the street was renumbered at some point, but that is something that will require more intensive research. The directories list L.D.C. as a gardener and L.N. as a florist and seedman. A handwritten genealogical packet in the family file listed L.D.C as a “market-gardener” which was intriguing to me because I’ve often 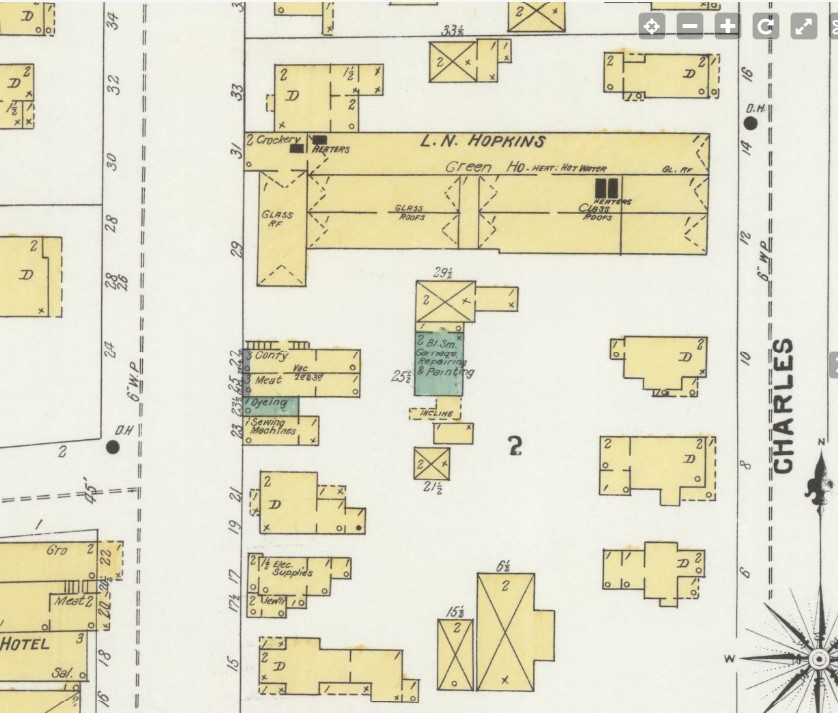 wondered about how people in cities got their food. For centuries, people have lived hand to mouth, growing, hunting, and gathering their sustenance to get them through the winter season, but as urban areas grew, how could people living in such close proximity in cities grow their own food? There were stores, but they certainly were not like stores of today which offer produce year-round and a wide selection of prepared foods. Most stores sold “dry goods,” things like flour, sugar, coffee, tea, etc. People still needed vegetables. After looking around online a bit, I believe that a market gardener would fill that gap for people, though I’m not sure if L.D.C. and Sons sold vegetables or if they only sold flowers and vegetable seeds. Their ad in the 1887 city directory indicates just that, but it could be that their business changed over time, as so many businesses do evolve over time.
The 1876 Cortland County atlas has Floral Avenue listed as Clinton Avenue. The Clinton Avenue we know today was called Mill Street because it led to a mill. By 1888, the street name has changed to Floral Avenue. If there was a sizeable greenhouse selling chrysanthemums, roses, carnations, ornamentals, and more on the corner of Groton and Floral, it seems quite likely that the greenhouse precipitated the name change. It might have been a bit of a landmark, and if people were reliant on purchasing seeds there (or vegetables), it would have been an important part of the community. Clinton Avenue of today was named for New York 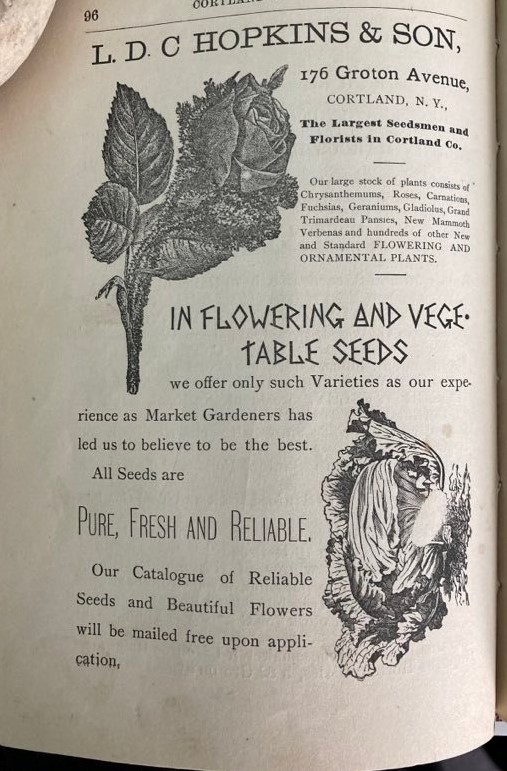 State Governor DeWitt Clinton. I have not found anything that tells why Floral Avenue was first called Clinton Avenue, perhaps it was to honor Governor Clinton as well.
It looks like L.N. Hopkins struck out on his own at some point, and he had greenhouses at 31 North Main Street. Unfortunately, he was working on a funeral arrangement in his greenhouse one day and he “dropped dead” on the spot. Dr. Dana was called for and he arrived within three minutes. It was too late. L.N. Hopkins was only 39 years old. He left behind a wife and a 12-year-old son. L.D.C. Hopkins died in 1908. Many of the Hopkins family are buried at Cortland Rural Cemetery.
The story of Clinton-Floral Avenue is one that needs more research to see if my theory is correct. That is the best part about history, we are constantly finding more information that brings things from the past into focus. The hunt for answers is thrilling! ~Tabitha
2022-03-15
Previous Post: Streets of Cortland: Monroe Heights
Next Post: Streets of Cortland ~ Madison Street