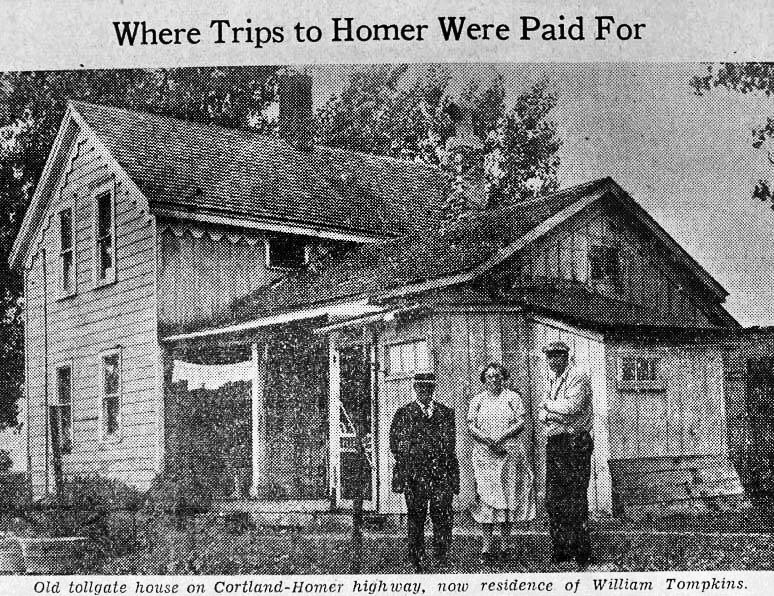 When I think of a turnpike, I think of a large highway with fast-moving traffic and tolls. The tolls help to pay for the maintenance of the road. Turnpikes of the past were similar in that they collected tolls to maintain the road. Early turnpikes were developed because local and state governments were inefficient in road building. The United States was developing rapidly after the Revolutionary War, and people were moving from the east coast into western lands, but roads were not adequate for large-scale travel. Smart businessmen saw the value in developing roads and directing settlers to areas that would greatly benefit the businesses owned by these men. Turnpike companies were formed, and the resulting roads were to be maintained with the collection of tolls. Truthfully there was not much profit involved for those who invested in toll roads, but the investors benefitted from the traffic directed to their businesses in towns, villages, and cities. Population growth was also beneficial to turnpike investors who owned the stores, banks, hotels, factories, and restaurants in an area.
There were several turnpikes that ran through Cortland County which connected our ancestors to other locations.
1) The Great Western Turnpike was known locally as the Albany or Cherry Valley Turnpike. It passed south through Truxton to Homer, and this piece was called the Fourth Great Western Turnpike. This was out by the Cortland County Farm.
2) The Fifth Great Western Turnpike ran from Homer to Locke.
3) The Homer and Elbridge Turnpike Road Company went from Homer to Scott, Spafford, and Skaneateles. This is the Scott Road/NYS Route 41.
4) The Salina and Chenango Turnpike Company was formed in 1807 and connected Salina to Binghamton. It went through Onondaga, Tully, Homer, Virgil, Cincinnatus, and Lisle. (Until 1818 Marathon was part of Cincinnatus.) This road is where Route 11 is today.
5) The Seneca and Cortland Turnpike Company was incorporated in 1812. It began at the Daniel Miller house and ran southwest to Dryden and Ithaca. Daniel Miller was one of the early white settlers in Cortland County. There is a historic marker at the house built by Daniel Miller: https://www.theclio.com/entry/88545
Tollgates were erected at points along the turnpikes and used to collect tolls from travelers. In Cortland County we had one at the corner of Fisher Avenue and Route 11, one at Truxton, and one two miles north of Homer on the Plank Road. There were likely others. Local travel fees were 3 cents for one horse and 6 cents for a team. People living within a half a mile of the tollgate paid half the rate, and people traveling to church or to the mill were exempt from paying a toll.
Today it would be an inconvenience to stop to pay tolls every 12 miles or whatever the designated distance between tollgates was, but to travel a better-quality road was worth it to our ancestors. Imagine the alternative—well-traveled foot trails or no trails at all! It is fascinating to imagine what travel was like for our ancestors and the hardships endured along the way. Travel has certainly changed in my lifetime, and I’m sure you can remember things from your youth that are totally different today. Tell us what you remember about traveling from one location to another in your childhood! Thanks for sharing those memories! ~Tabitha
2021-08-03
Previous Post: Streets of Cortland – Bridges
Next Post: Streets of Cortland – Sleighs, Sleds, and Work